Optimism reigns among the Usetec exhibitors 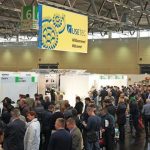 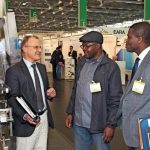 The late date in May without the distraction of a parallel fair, positive economic forecasts and the continued interest in used machines give the exhibitors grounds for expecting a successful fair.
Later than in the last few years, from May 5 – 7, Usetec 2014 will be opening its doors in Cologne. At this world fair for second-hand technology, the organisers Hess GmbH and Koelnmesse are once again expecting visitors from over 100 countries. Visitors will find a wide range of used machines, plant and services shown by 323 exhibitors from 23 countries, covering virtually every aspect of trade and industry. “We notice a growing sense of optimism among all exhibitors”, says Katharina C. Hamma, Managing Director of Koelnmesse, while Florian Hess, Managing Director of Hess GmbH in Weingarten, maintains: ”In various parts of the world there is an increasing demand for used machines”.
Usetec partners confirm this trend. The Association of German Exporters (BDEx) in Berlin expects a 3% growth in exports this year, and up to a 6% growth in the export of used machines. And the Trade Association of Machine and Machine-Tool Wholesalers, (FDM) sees the emphasis on the international market. Kurt Radermacher, Managing Director of the Association, even goes so far as to claim that only those dealers will survive who recognise the international nature of the market and who pursue a corresponding sales policy.
EAMTM with a brand new internet presence at Usetec 2014
The European Association of Machine Tool Merchants (EAMTM) emphasises the growing part played by Internet. In the light of this, the leading international Association of Used Machine Dealers is presenting a brand new internet presence at Usetec 2014. “Here in Cologne we are presenting for the first time the platform machinedeal.com”, says André Skenazi. “We launched this new online data bank last year”, reports the General Secretary of EAMTM. “It is a high-speed platform on which the would-be customer can find more than 20,000 machines in stock”. Skenazi also emplasises the large number of EAMTM members taking part in the fair. “At the current Usetec there will be more than 40 of our members from 12 countries”, he says. “As in previous years we represent the biggest international group of used-machine dealers”.
The most important non-German exhibitors at Usetec are the Netherlands, Great Britain, Italy and France. Switzerland, with even more exhibitors than USA, is at place six. Apart from dealers, there are a large number of manufacturers operating in the used-machine market
and showing at the fair – for example KUKA Robots. “As at every Usetec we are looking forward to interesting conversations with existing and with new customers”, says Tanja Heimann. For the Manager of the department “Refurbishment & Used Robots” at KUKA Robots in Augsburg, the resale of overhauled second-hand machines – Used Robots – to new customers, or the overhaul of existing machines owned by old customers, is an important part of this company´s business.
In addition, many exhibitors specialising in services are also to be found on the fair side-by-side with classical machine dealers.
Because of the easing of sanctions, more visitors to Usetec are expected from Iran this year. Morerover, two large delegations are expected from countries in the Near East and Middle East, Iraq and Jordan, a visit which has been organised by the long-established fair partner Hudhud Trading. There will also be visitors from Asia – from Sri Lanka, Mongolia, India and Pakistan. The same is true for several Subsaharan African countries, and for European emerging economies such as Kosovo and Moldova.There are even signs of movement in South America: Among visitors to the fair from over 100 countries, there will for the first time be delegations from Uruguay and Paraguay. Once again a great number of Turkish buyers are expected, and the Usetec organisers hope that Turkey will once again provide the largest group of visitors. Lb. •
Teilen:
Zurück zur Startseite
Das könnte Sie auch interessieren 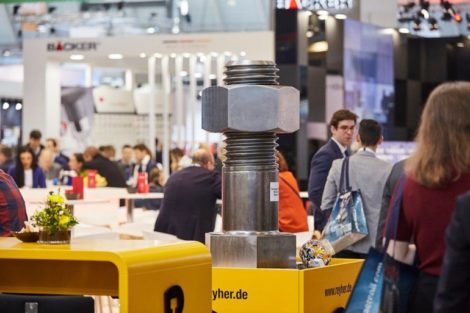 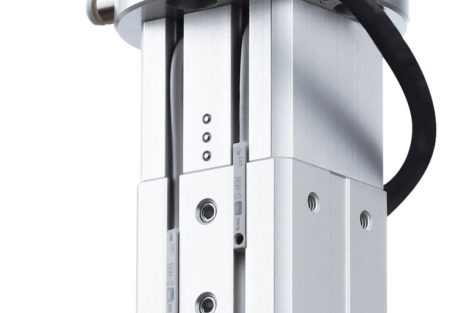 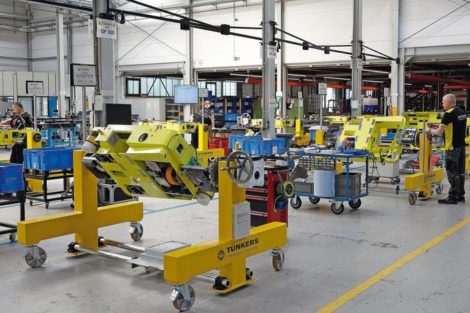 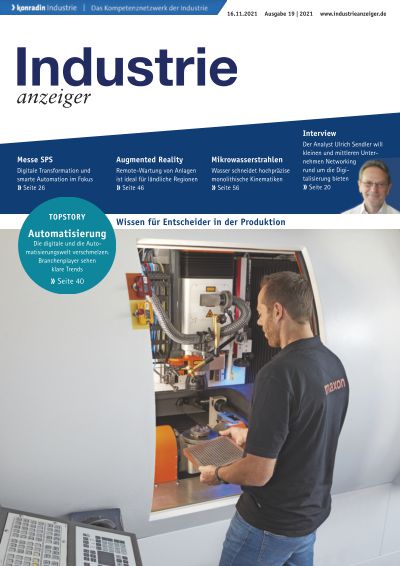